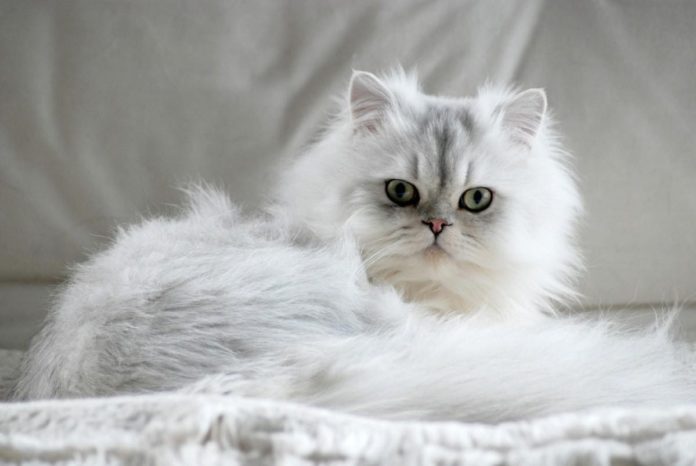 Are you searching for the perfect feline? If planning to adopt an adorable cat, you should start your quest by looking at the most popular breeds worldwide.

Even though the list of breeds is fairly long, there are certain breeds that feature unique qualities, such as the Persian, Maine Coon, Bengal, and British Shorthair cats. Each of them has a distinctive coat, size, temperament, lifespan, and potential health problems.

There are various pet-friendly sites, such as Holistapet, offering guides on the most popular cat breeds.

Have a look at four of them.

The Persian is unquestionably one of the loveliest and most popular cat breeds, whose origin is in the country of Iran. Their popularity came about in the seventeenth century when these pets were introduced in Europe by Italian merchants. Persians are definitely distinctive for their short faces, round heads, and cute snub noses. Their chubby cheeks and large eyes are a contrast to their small ears.

While the original Persian cat boasted gray fur, nowadays, these felines come in a wide array of colors, such as white, silver, gold, etc. The color of their eyes matches the shade of their coats as a way to complement their distinct appearance. For instance, silver Persians have remarkable green eyes, whereas white Persian cats either have copper or deep blue eyes.

Regarding their temperament, Persians are generally calm creatures whose favorite spot is the lap of humans. They are more interested in sitting back and observing the actions of household members than playing around or climbing chairs. In view of shedding, Persians are known to shed excessively if not groomed regularly. Keep in mind that regular grooming prevents matting and tangles.

Although Persian cats have a long lifespan, between fifteen and twenty years, their facial structure makes them susceptible to various health issues, such as breathing difficulties, sensitivity to heat, eye-watering, etc. Additionally, these felines are at greater risk of suffering from ringworm due to their long coats. Find out how to recognize whether your feline has ringworm and what to do about it.

Another prominent cat breed is the Maine Coon, being the official cat of the Maine state. These felines are distinctive for their large body size and furry tail. Males weigh from at least twelve to fifteen pounds, while females weigh less, from a minimum of nine to twelve pounds. The size of their paws makes them well fitted to walk in snow.

Despite their large size, Maine Coons are touted as extremely gentle, friendly, and playful creatures. Their curiosity and vigor accompany them for as long as they live, hence being adorable kid companions. Unlike Persians, Maine Coons shed moderately, not excessively. They must be groomed frequently, which doesn’t bother them at all, as they love having their coats brushed.

As far as their health is concerned, Maine Coon felines are generally healthy, especially given their ability to withstand harsh winter temperatures. Nevertheless, they are prone to developing hip dysplasia, which affects males more than females. Kittens are likely to develop spinal muscular atrophy, which might lead to muscle weakness and atrophy.

Bengal cats are recognizable for their wild look, making them similar to the felines found in the jungle. Nevertheless, regardless of their wild appearance, Bengals are definitely domesticated. They are athletic, have prominent cheekbones and pointed ears. Many individuals decide to adopt a Bengal cat because of its specific coat pattern, featuring shades ranging from light brown to brown orange.

Bengal cats are famous for their confidence and curiosity, requiring plenty of exercises. These felines are relatively chatty, meaning they aren’t the most suitable choice for individuals looking for a quiet pet. Regarding shedding, Bengals shed minimally and have a tendency to groom themselves. This fact goes in favor of people looking to adopt a low-maintenance feline. Go to this link, https://www.wikihow.com/Take-Care-of-a-Bengal-Cat, to check out three ways to take care of a Bengal cat.

Furthermore, the lifespan of Bengals ranges between twelve and sixteen years. When kittens, they might develop flat-chested kitten syndrome, but this issue usually resolves until the time they mature. Other health issues they might experience include patellar luxation, progressive retinal atrophy, and hip dysplasia.

British Shorthairs are famous for being easygoing felines that adore affection but aren’t the typical lap cats. Even though these creatures aren’t needy, they are curious enough to follow their owners around the house. The playfulness of these felines turns into a sedentary lifestyle as they grow old. Females, however, tend to be more reserved than males.

Regarding appearance, British Shorthairs are known for their roundness and plush coat. Their chest is broad, whereas their legs are strong. The color of their eyes ranges anywhere from copper to golden. Their coats are available in various patterns and colors, the most prominent of which is blue. Seasonal shedding is typical for this breed during spring and fall. Therefore, owners are advised to brush their coats regularly in the course of these seasons.

British Shorthairs typically live between twelve and seventeen years and aren’t prone to a large number of genetic diseases. Given their sedentary lifestyle, owners should be cautious when it comes to obesity. Additionally, they might experience issues like hemophilia B, hypertrophic cardiomyopathy, and gingivitis.

Choosing one of these breeds is the best decision a future feline owner shouldn’t hesitate to make!

A nurse is providing teaching for a client who has multiple sclerosis and a...

a particle is described by a wave function ψ(x)=ae−αx2, where a and α are...

a pair of renaissance writers who based works on their professional experiences were,

a perfectly competitive firm should expand output when,